...is the author of more than 15 novels in the genres or paranormal romance, urban fantasy, and young adult. Born in Philadelphia, she has traveled to all seven continents and now makes her home in North Carolina. She blogs regularly at DeadlineDames.com.
Jenna's interests include ballroom dancing, knitting and golf. 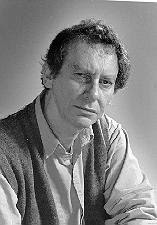 ...lived for several years in Spain, where he wrote a couple of novels and finally hit his stride in a series of fantastical stories that appeared in such publications as New England Review, The Silver Web, Amazing Stories, Quarterly West, and Magic Realism. His books of fiction to date are Black Flames (White Pine Press, 1997),  The Final Dream & Other Fictions (Permeable Press, 1995), and Memini (Prime Books, 2003).

. . .  was born in Buffalo and attended Williams College, where he won the Hubbard Hutchinson Award for writing.  He earned a Masters in creative writing at SUNY Buffalo, where John Barth hated every word he wrote and informed him the Novel was dead; Mark stopped writing fiction for 20 years.

After a number of friends swore to him the Novel was, in fact, not dead, he again began to write fiction.  He published the true murder chronicle Rocky Point, and seventeen short stories. Echo and Narcissus was his first novel.  Mark passed away unexpectedly, November 12, 2003. 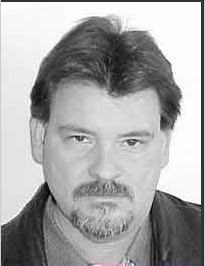 . . . has appeared in numerous publications, including 5 Trope, 3AM Magazine, Chiaroscuro, Fangoria, and Would That It Were. Gothic Wine was his first story collection, but not by much. His second, A Dirge for the Temporal, was published by Raw Dog Screaming Press the same year.


. . .  was–or rather, will be–born in late 21st-century Chicago. In 2121, he transports to Vissulia aboard a corporate laser ship. Upon his return to this solar system, he joins Doctor Alexander Proo in experiencing the time travel adventure described in his memoir, How I Helped the Chicago Cubs (Finally!) Win the World Series.

Scott lives in Chicago; he has never been asked to sing "Take Me Out to the Ball Game" over the public address system at Wrigley Field during the seventh-inning stretch.